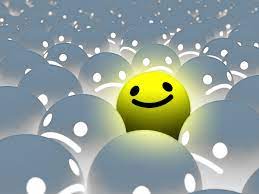 Early in the pandemic, researchers from University College London found that control was the number one contributor to people’s overall level of happiness, and that this had taken a hit as COVID touched every part of people’s lives. One of these researchers, cognitive neuroscientist Tali Sharot, recently spoke about how, in the months since the height of the pandemic, people have adapted and the average person’s happiness level has returned to a “baseline.” She referred to this as a sort of happiness treadmill.

“You can go up and down, but people do converge to a certain baseline of happiness,” she said. “That’s true when things are very, very difficult; they eventually find their way back to that baseline. But also when things are good; after a while, they adapt to these good things and go back to the baseline.”

However, that doesn’t mean we shouldn’t find new ways to boost our happiness levels, said Sharot.

One of the best ways of doing that is to start making plans, or what she calls “anticipatory events.” Such tactics can not only help us regain feelings of excitement but also that sense of control, she said.

She says that such plans don’t need to be huge or immovable. They could range from vacation for next summer to smaller highlights like dinner with friends, watching a movie or going on a hike.

“It’s important to still get into the habit of making those plans, putting them in the diary, and having things that we can look forward to,” she said.

Read the full article at CNBC.com and check out Dr. Sharot’s TED Talk here or below.