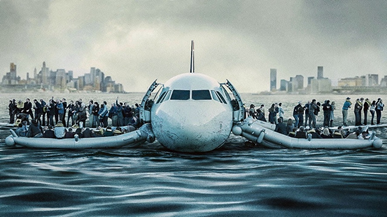 Many have shared that they often find themselves comparing themselves to how others are coping with COIV-19 and then judging themselves for not doing as well as someone else. This can a difficult trop from which to escape. Psychologist Jean Ayres reminds us that, not so long ago, a plane landed seemingly miraculously on the River Hudson. All 155 people came out alive. What did those 155 people feel as they stood on dry land and realised what they’d been through? Would they all have had the same reaction? Absolutely not! Many would have felt very distressed and upset – they nearly died, and they might decide never to fly again as it’s clearly too dangerous. Others might been overwhelming relief and happiness at having survived. Some might decide to live life to the full as a result of their experience, and be determined to fly even more. There could be 155 different reactions. Same event, different responses. It’s not the event which causes our emotions, it’s the meaning we give them. Those who interpreted the event as terrifyingly dangerous may feel very distressed, and be too anxious to fly again. Others will feel ecstatic as the meaning they gave the event was that they were incredibly lucky to survive.

If you are feeling stressed, anxious, or depressed due to COVID-19, please call NJ Mental Health Cares Helpline at 866.202. HELP (4357) for emotional support, guidance, and mental health referrals as needed.
If you prefer, you may communicate via text by texting NJHOPE to 51684.