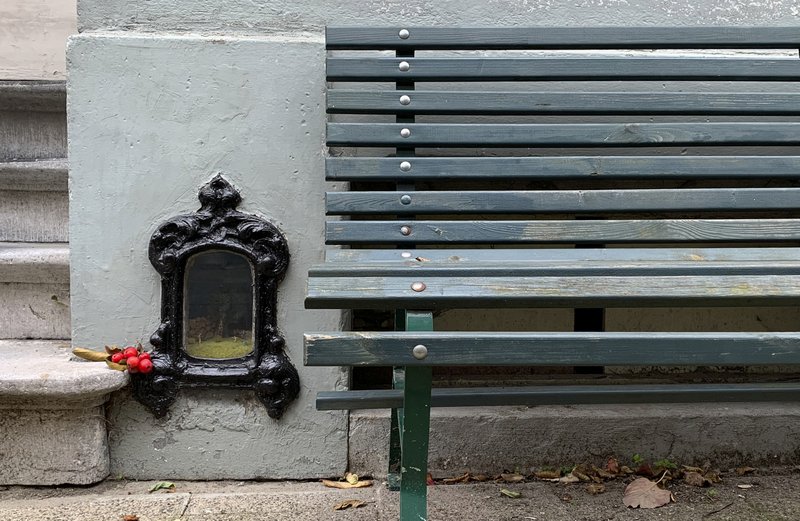 The ways in which humans connect had already begun to evolve prior to the pandemic thanks to advances in technology, and many would argue the constraints put in place since the advent of COVID-19 have accelerated that process. For many, this has led to an increased sense of isolation. Enter Belgian artist Elke Lemmens, who is using her extraordinary artistic skills to increase connectedness by bringing to life the remarkable stories of the people of Antwerp, out in the open, giving so-called “boot-scrapers” a second act. She will be using a newly acquired grant to install 50 miniature scenes in the old niches outside homes that families once used to clean off their shoes.

As described by journalist Virginia Mayo, these dusty architectural remnants of an age when muddy roads and the absence of sidewalks made rubbing one’s footwear over metal a prerequisite for going indoors blend into cityscapes from Europe to the United States, failing to attract notice since doormats replaced them.

“So many people have so many stories behind their doors,” Lemmens said as she uses tweezers to move miniature figures into cigar boxes. “Every one of these stories fits into one of these wooden cigar cases, and then I write the names of the (property) owners in chalk on the front.”

She plans to put her creations in various neighborhoods around Antwerp. One such home she has already completed, on a residential street lined with colorful houses, a white door has a message scratched onto it: “Here lived and played Tia — April 11, 2006-September 12, 2015.”

“This boot scraper scene is for this 9-year-old girl who used to sit on the doorstep,” Lemmens explained. “She unfortunately died in 2015. When I spoke with Tia’s mother, she mentioned that her daughter never stopped dreaming of another world. Her dream was to ride a horse on a beach. So, I created this scene in her boot scraper with the little girl riding a horse on the seaside surrounded by other children. The story was an inspiration to me that this little girl had the freedom in her mind to create her own ideal world.”